Norwich in the Great War 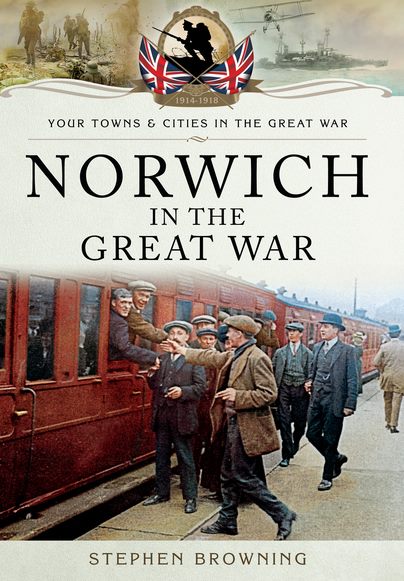 On the eve of the Great War, Norwich was very much a city on the rise – an industrial and commercial powerhouse. It was certainly not, however, without its problems, not least the extreme poverty of some areas, such as the notorious Norwich Yards.

This meticulously researched book looks at Norwich on the eve of conflict and charts, in detail, everyday life in the city, year on year, extensively drawing on original material from the period – much of it never before published in book form. It largely focuses on how it felt to live in the city: on the joys and trials, on the changes to people’s lives, on the courage and humour, as well as the pride and determination shown by the people of The Fine City. Both dramatic events and the details of daily life are illustrated by many rare and fascinating photographs taken at the time.