On the Trail of Sherlock Holmes – FIRST REVIEWS

Books are these days sometimes put out for review prior to publication. It can be quite nerve-wracking waiting for them to come in! This is what happened with this book. All the following are genuine, independent and verifiable by checking Netgalley.com

Armchair Or Otherwise… Aficionados of Holmes will delight in this beautifully presented book which, apart from outlining the tales and the history of the tales themselves, proceeds to provide a walking tour of Holmes through London – beginning, of course, at Baker Street. With a wholly engaging narrative and a set of photographs for illustration, travel from armchair or otherwise, the Sherlock Holmes trail. NetGalley, R Giles

Sherlock Holmes is one of the most beloved fictional characters in the world. His creator, Sir Arthur Conan Doyle, formerly Dr. Arthur Doyle, penned fifty six short stories and four novels and led an adventurous life. In the first half of this fabulous book the author describes Doyle’s inspiration for his characters and his personal life including his career as a doctor, spiritualism and family. He goes on to recommend eight walks within London including/starting at Baker Street. Brilliant. The walks include information on length, how much time to expect them to take (including inevitable stops), ease of the walk, loads of relevant information as well as history of the time. Not only that but the last portion includes sites of interest outside London as well as a list of actors who have played Sherlock Holmes and Dr. Watson. To me Jeremy Brett is the only Sherlock Holmes! I wonder how Doyle would feel about the film and movie depictions over the years since his death. His descriptions of Holmes do not include the deerstalker cap, for example. As a rabid Sherlock Holmes fan it was such fun to read about his stints at sea and literary acquaintances such as Oscar Wilde and Bram Stoker. I enjoyed the spa and jumper stories and The Hiatus repercussions for the public at the time. Sherlock Holmes was…and is…practically real! There are references to the likes of the wondrous Wilkie Collins, Dorothy Sayers, Thackeray and Dickens, too. Sherlock Holmes fans in particular would enjoy this book, especially those who wish to read about and see places associated with him. If in London again I would love to embark on several of the walks and observe the Holmesian buildings, parks, statues and streets written about in this book. I like the inclusion of photos as well. My sincere thank you to Pen & Sword and NetGalley for the privilege of reading this wonderful book! NetGalley, B Carleton

Sherlock Holmes is everyone’s favourite character. On The Trail Of Sherlock Holmes by Stephen Browning takes us on an amazing journey, where you can find yourself on the streets of London. The author has penned down minute details of the places and people involved in Sherlock’s cases. For me, the book rather came as a surprise as I was expecting a storyline. Instead, it became far more interesting for me as I loved the information, as I am an avid fan of Sherlock Holmes. Reading it was a new experience for me. Definitely, I would love to give the book 5 stars for its creativeness. NetGalley, S Biswas

Excellent read and a must for all Sherlock Holmes and Conan Doyle fans alike. Insights into the author and characters at every turn, read it all in one sitting as couldn’t put it down. NetGalley, M d’Outremer

Fascinating! This really is a gem of a book, far more detailed than I had anticipated—a veritable encyclopaedia of all things Holmes-related. It is both an indispensable travel guide and essential addition to the bookshelf of new readers and lifelong Sherlockians alike. I gained some fascinating new insights, and it cast fresh light on many of my long-held assumptions. NetGalley, R Lewis

WOW, what a fantastic book. I loved from the minute I picked it up. It has been professionally written and the amount of research that has gone into it was fantastic. I really enjoyed reading the walks the Author has recommended and all the other information on them other than about Holmes was interesting. Definitely a book that will increase your knowledge about Sherlock and Conan Doyle. I am buying a hard copy for my son once it is released. NetGalley, H Thomson

This book begins with a short biography of Sir Arthur Conan Doyle. The second largest segment of the text is dedicated to a series of walking tours of London as well as other famous locations scattered throughout the UK. Walking tours include general trivia, duration, landscape features, historical points of interest, connections to various stories from the Sherlock Holmes canon, and much more. This is a great read for any fan of Sherlock Holmes looking to visit London and elsewhere in the UK. NetGalley, K Wehrle

A fantastic read! Beginning, of course, at Baker Street a series of walks takes in the well-known, as well as some of the more obscure, locations of London as travelled by Holmes and Watson and a gallery of unforgettable characters in the stories. Details of each location and the story in which it features are given along with other items of interest – associated literary and historical information, social history, and events in Conan Doyle’s life. NetGalley, M Coates
To purchase, please go to https://www.pen-and-sword.co.uk/On-the-Trail-of-Sherlock-Holmes-Hardback/p/20535 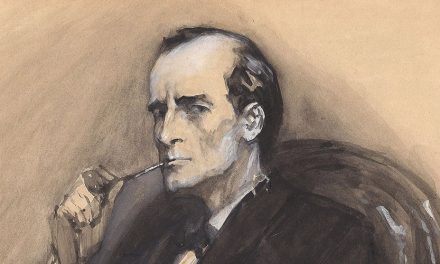