To celebrate sending my book ‘Walking Sherlock Holmes’ to the publisher – due out about Spring 2021 – I have compiled a ‘Top Ten’ of my personal favourites, for one reason or another, of people who have played the great consulting detective. In the book we analyse the performances of 37 actors in particular, so this is a very short, and of course, subjective list. Do you agree? Do please let me have your thoughts by sending a message via the ‘Contact Me’ section of this website, or www.facebook/stevebrowningbooks and I will get back to you. Always great to hear from fellow Sherlockians!

In reverse order, my personal top ten – at the moment anyway, as I often shift in my opinions, especially regarding which story we are talking about – is as follows:

Sir Michael Caine CBE played Holmes to Ben Kingsley’s Watson in Without a Clue (1988). In this much-heralded production, although at the time of release critics did not seem to share the fun, Watson is portrayed as the mastermind and Holmes a second-rate struggling actor who, when sober, does his best to remember the lines given to him. The film won The Special Jury Prize at the 1989 Festival du Film Policier de Cognac.

This is a curious one as, although much derided, I have always had a soft spot for the pure daftness of the characters in the film.

Peter Cook played Holmes to Dudley Moore’s Watson in the 1978 spoof of The Hound of the Baskervilles. It is included here as the worst-ever received film featuring Holmes and scored a 0% rating on Rotten Tomatoes. This is even more remarkable as it is ablaze with comedic talent including Prunella Scales, Penelope Keith, Kenneth Williams, Roy Kinnear, Denholm Elliot, Irene Handl, Terry Thomas and Spike Milligan. Critics were merciless, especially given the high profile of all the leads. It was directed by Paul Morrisey, who also co-wrote the screenplay with Cook and Moore.

For many the quintessential Holmes, Jeremy Brett starred in the Granada TV series, The Adventures of Sherlock Holmes, from 1984 to 1994. It premiered on American television on 14 March 1985 on Mystery! Chanel with Vincent Price as host. He had two Watsons in the series – David Burke and Edward Hardwick. He remarked that Holmes was more difficult to play than Hamlet. His own mercurial moods reflected those that he saw in Holmes. He wanted to be the best Holmes ever.

Many love Brett’s portrayal but, for me, it is just too highly-strung. 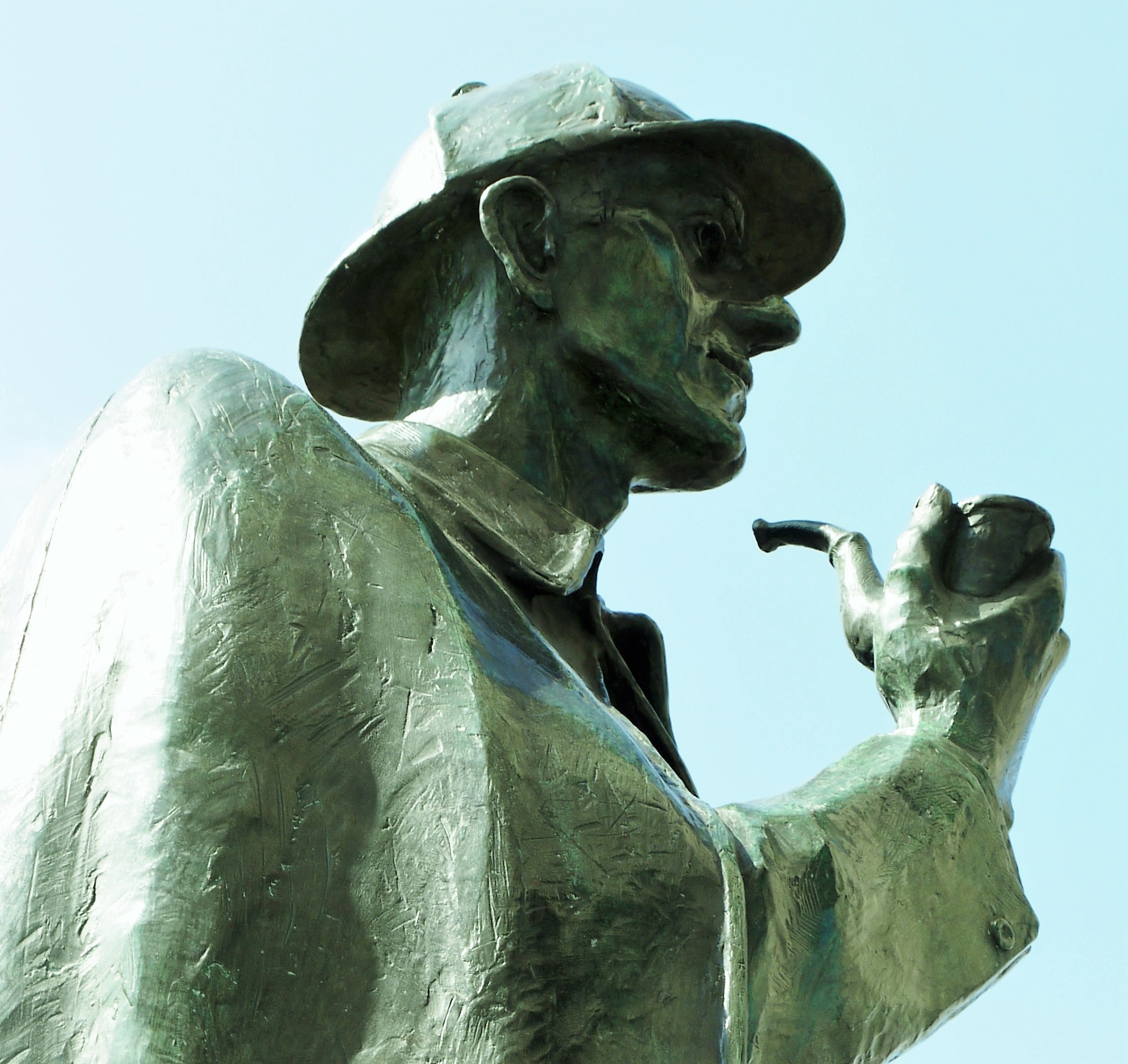 Sherlock fans who discover the Russian-made The Adventures of Sherlock Holmes and Dr Watson (1979-86) generally agree that the series is a rich delight. While the settings, such as Baker Street which is actually a street in Riga, Latvia and many others, bear little resemblance to London and the inside of 221B is quite dark containing many heavy wooden pieces of furniture that you cannot imagine Mrs Hudson tolerating or cleaning, the actual stories stay very faithful to the original texts. Holmes is played by Vasily Livanov and Watson, as a very able man, by Vitaly Solomin: the two have a light and easy chemistry between them. Some changes were necessary to satisfy the Russian censor, for instance, Holmes’ cocaine use is never mentioned. The show was an enormous success on Russian television and today can be bought on CD with English subtitles. Livanov’s wax statue sits today inside 221B Baker Street.

Rupert Everett played Holmes in the 2004 TV film Sherlock Holmes and Case of the Silk Stocking, with Ian Hart as a sprightly Watson, married to an American psychoanalyst. Everett plays Holmes as an elegant, masterful character, with some flashes of decadence and camp. The film gained mainly positive reviews. 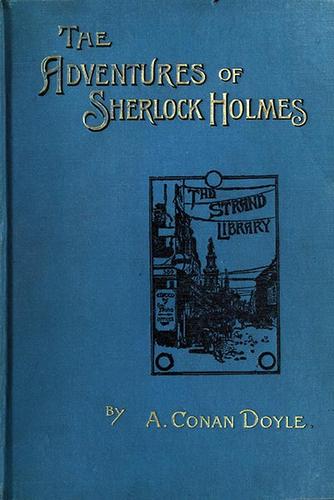 McKellen plays Holmes in the fine and unusual study Mr Holmes (2015) which sees a 93-year-old Holmes living in retirement, battling to solve one last case as his mind deteriorates. Laura Linney and Milo Parker excel alongside McKellen at the peak of his powers. It gained 86% on Tomatometer (Rotten Tomatoes) and gives us another version of Holmes, far more subtle and human than most.

Voted Japan’s sexiest man in 2017, Dean Fujioka plays Holmes in the highly praised and entertaining series Sherlock: Untold Stories. Takanori Awata is Watson. Holmes and Watson live in a block of apartments called ‘Baker Heights’. Holmes is hugely popular in Japan – you can visit a Holmes-themed bar in Ikebukuru.

Sherlock Holmes and Dr Watson was the name given to a relatively obscure 1979 production starring Geoffrey Whitehead as Holmes, Donald Pickering as Watson and Patrick Newell as Lestrade. It was made on a low budget in Poland and directed by Sheldon Reynolds. It has an enthusiastic fan base as a cult classic partly because the leads play very well off each other and partly for its humour but it was, unfortunately, hit by post-production issues which meant that the series was never released in the UK. There were 24 episodes.

Geoffrey Whitehead can be seen at the time of writing in the BBC comedy ‘Still Open All Hours’ starring Sir David Jason.

This portrayal, in the BBC’s Sherlock, is probably responsible for bringing Sherlock Holmes fervour to millions of new, young fans, especially in Asia. Prime Minister David Cameron was famously asked at a Q and A with young people in China, ostensibly political, if he could have the BBC hurry up and produce more episodes. The series, created by Mark Gatiss and Steven Moffat, starred Benedict Cumberbatch with Martin Freeman as Watson between (so far, as more episodes are often flagged up in the media) 2010 and 2017. The stories are set in the present day, notably of course in London, and modern-day equivalents are given for Conan Doyle’s original features, for example, in the series, John Watson does not publish Holmes’ exploits in print but on an online blog, and in his fight against tobacco Holmes uses nicotine patches – hence a ‘three-pipe problem’ becomes ‘a three patch problem’.

The pairing of Holmes and Stephen Fry, who is a lifelong Sherlockian and has recorded the entire canon, was described by The New York Times as a marriage made in heaven – one national treasure reading the adventures of another. The reason for Holmes’ continuing popularity, the same paper suggests, is that he restores order to a world that we often find incomprehensible.

Stephen Fry hails from my home county of Norfolk, so there may well be some prejudice here.

Do you agree with the above selection? Send me a message! 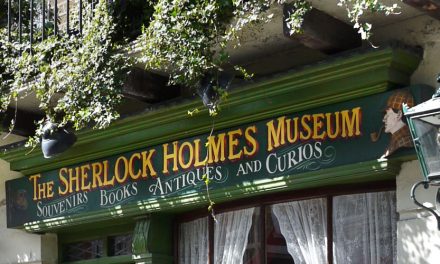 On the Trail of Sherlock Holmes – FIRST REVIEWS 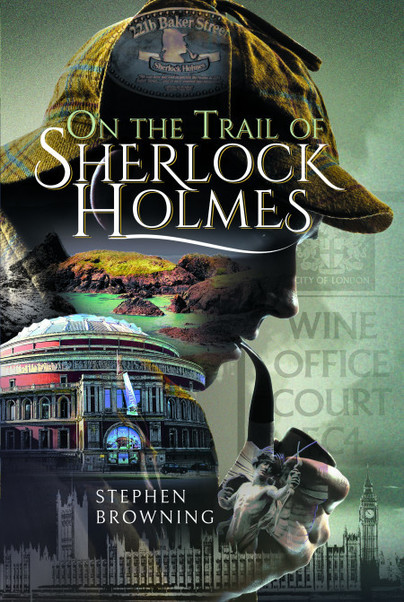 On the Trail of Sherlock Holmes