20 facts you may not know, and some questions for you, about Norwich and Norfolk

This article is based on information in the book ‘Visitors’ Historic Britain: Norwich and Norfolk – Stone Age to the Great War’ by Stephen Browning and Daniel Tink, published in February 2020 by Pen and Sword at £14.99

Please note: for copyright reasons, the photographs in this article are not those from the book. Photography Copyright Daniel Tink.

1. Norwich has its own ‘Diagon Alley’. Fans of Harry Potter will know that Diagon Alley was a secret, magical street, impossible to see or enter for Muggles, where Harry bought his wand and other wizardly essentials. Well, under a perfectly ordinary shop in one of Norwich’s premier streets, lies a mysterious ancient alleyway – you can visit on a guided tour. The book gives details and has some eerie photographs which were taken especially for publication (pages 35 –8).

2. Among Cley’s several claims to fame is that this is where the poet Rupert Brooke was staying when the Great War broke out in 1914. Brooke was a hero among young people of his day and his subsequent dramatic short life in the armed forces, and death EnRoute to battle, ensured a kind of immortality, described by The New York Times in 2015 – the hundredth anniversary of his death – as ‘…a rather tattered glory’. His poem ‘The Soldier’, begins:

If I should die, think only this of me:
That there’s some corner of a foreign field
That is forever England.

We explore Rupert Brooke’s life and legacy in the book (pages 92-3). 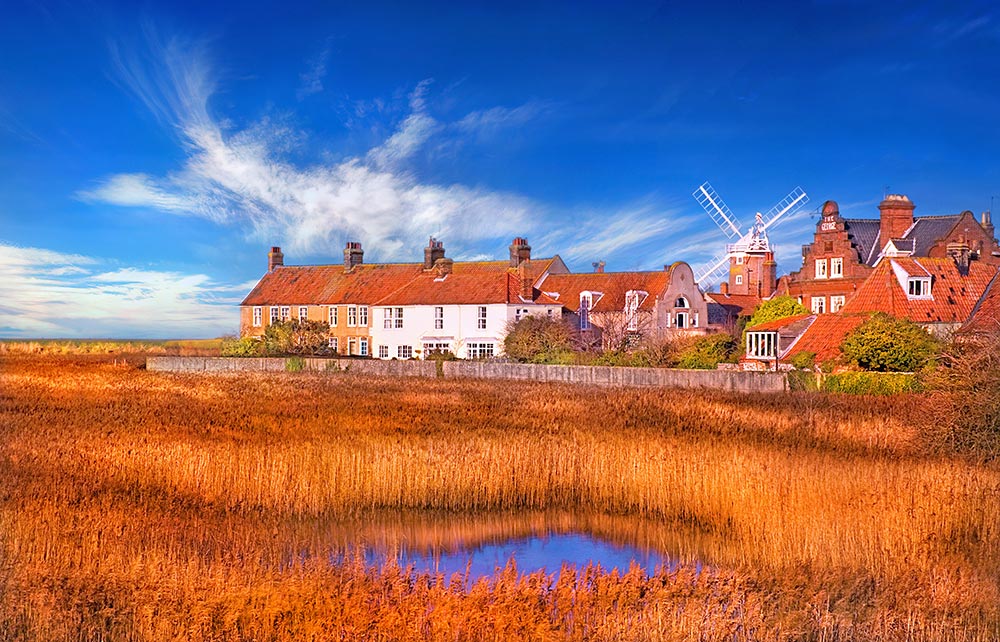 Cley next the Sea

3. The Norfolk coast is a great place to go and find fossils. The collection of fossils was very popular with Victorians and Mr A.C. Savin wrote a bestseller, ‘The Geology of Cromer’, in 1887. But where is the best place for sharks ’teeth, for mammoth and rhino remains, for belemnites, fossilised fish or coral? We give pointers and there are some great photos of recent finds (page 100).

4. According to the tax assessment of 1334, which is Norfolk’s richest town? It isn’t Norwich. Clue: this town was allowed to send ‘silver darlings’, ie herrings, to London in part payment of taxes (page 128).

5. We know that Stone Age Norfolk man ate reindeer and rhinoceros, but what else? We discuss his diet and how we know about it in the book (pages 212-3).

6. Who was born in Great Yarmouth and wrote a book here and in the Catton area of Norwich that has since sold over 50 million copies? What is the name of the book and why has it been so influential? Clue: the main character is an animal (pages 131-3). 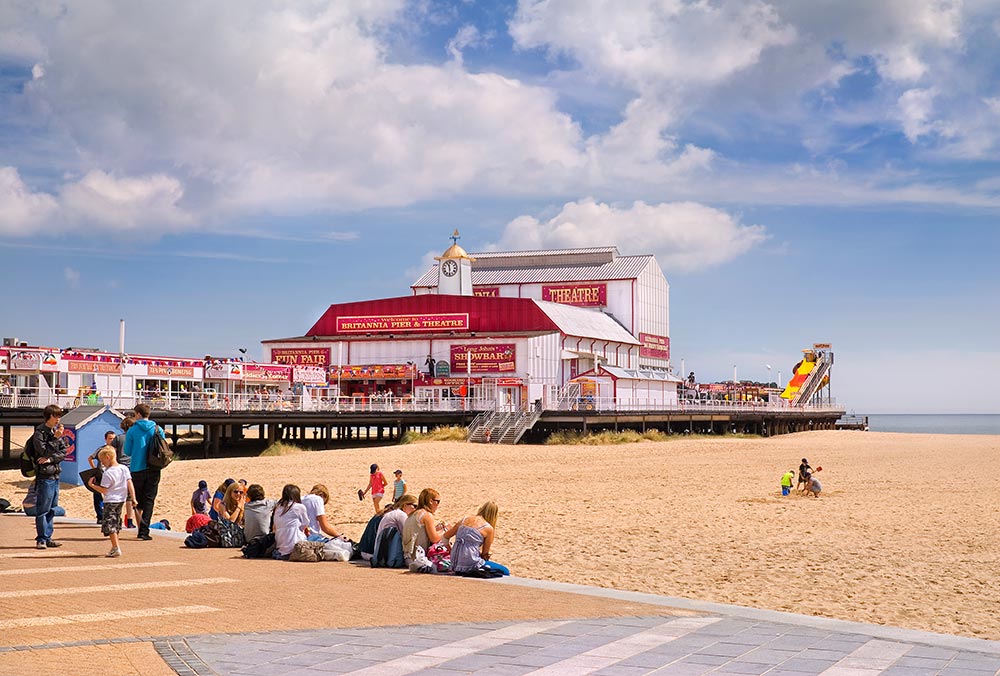 7. What is Coprolite? Why was it valuable and where was it produced? Helpful fact: the man who invented it was called William Buckland and he was so enthusiastic about it that he reputedly had a pair of Coprolite earrings made for his wife – subsidiary question: why might this have been seen as inappropriate? (pages 191-2).

8. Edward Bulmer-Lytton was a Victorian novelist attributed with creating the phrases ‘the great unwashed’ and ‘the pen is mightier than the sword’. The opening line to his novel ‘Paul Clifford’ (1830), ‘It was a dark and stormy night’, has inspired an annual competition run by an American university to write the worst possible beginning to a novel: it currently attracts over 10,000 entries, many of which are side-splittingly funny. In 1862 Bulmer-Lytton was offered the crown of which country? Did he accept or decline? (page 263).

9. In medieval times, what you had for breakfast as a servant was strictly controlled and was according to status: we reveal who could have an extra portion of fish with their bread and beer. Also, what did the 5th Earl of Northumberland and his lady have for breakfast? Could you even eat it? (page 262).

11. The Roman poet, Lucretius, is probably responsible for dividing up man’s ancient past into three periods, the first being the Stone Age, seen as lasting from about 3.4 million years ago to around 8,000 BC. What are the other two? The book discusses how life was for Norfolk people in each age. (page 211).

12. Vice Admiral Lord Horatio Nelson is undoubtedly Norfolk’s favourite son. What was his most famous battle and how was the news received in Norwich? (pages 243-4).

13. A monk in St Benet’s Abbey, built by King Cnut in AD 1020, was found guilty of ‘an undue attachment to his bed in the morning’. Apart from divine service, monks were also required to dig peat for fuel, some of which was sold to Norwich Cathedral. What was his punishment? (page 209). 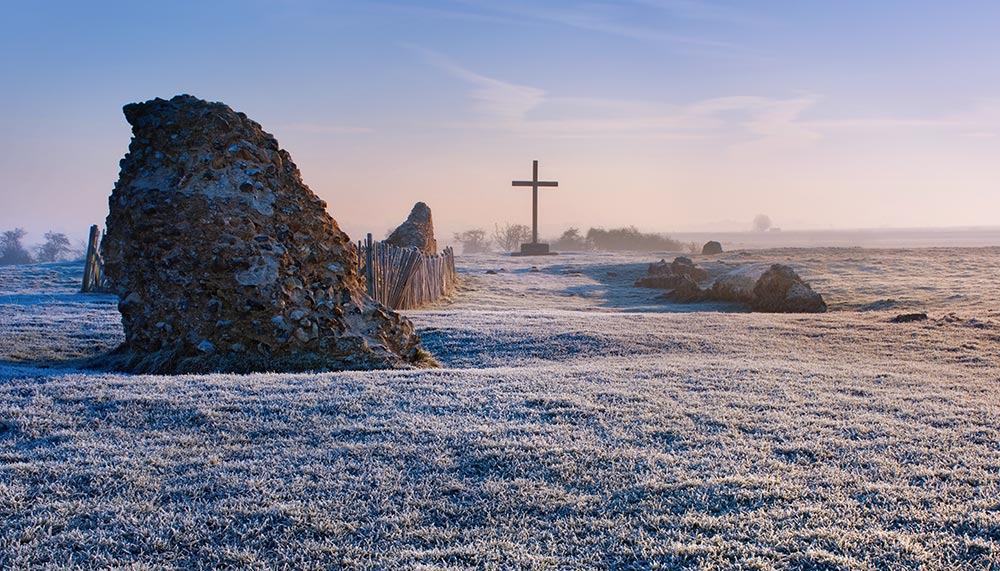 14. In the 1830s, during the wedding of a baron’s daughter to Lord Lovell of Brockdish Hall, the young bride grew bored and proposed a game of hide-and-seek. She took first go at hiding. What happened to her? (pages 181-2).

15. The book tells a true story, never before printed, of a ghost that seems to appear in a Norwich church whenever Beethoven’s Fifth is played on the organ. There is something odd about her legs. What is it and what does she do? (page 27).

16. A two-part question: who is the writer generally accepted as having coined Norwich’s slogan ‘A Fine City’. His actual description was a little different from what is attributed to him: what was it? (page 46).

17. Robert Kett of Wymondham was the leader of an army of about 20,000 men during ‘Kett’s Rebellion in 1549. We follow events leading to his crushing defeat. What were the grievances of the rebels? (page 59).

18. Arthur Conan Doyle, creator of Sherlock Holmes, came to Cromer in 1901 to recover from enteric fever. Here, say some, he was told the story of the Black Shuk. He wrote one of the most famous Holmes tales following this – published in 1902, it has become one of the most widely read books of all time. What is it? Here’s a clue in verse:

And a dreadful thing from the cliffs did spring,
And its wild bark thrilled around.
His eyes had the glow of the fires below,
‘Twas the form of the spectre hound. 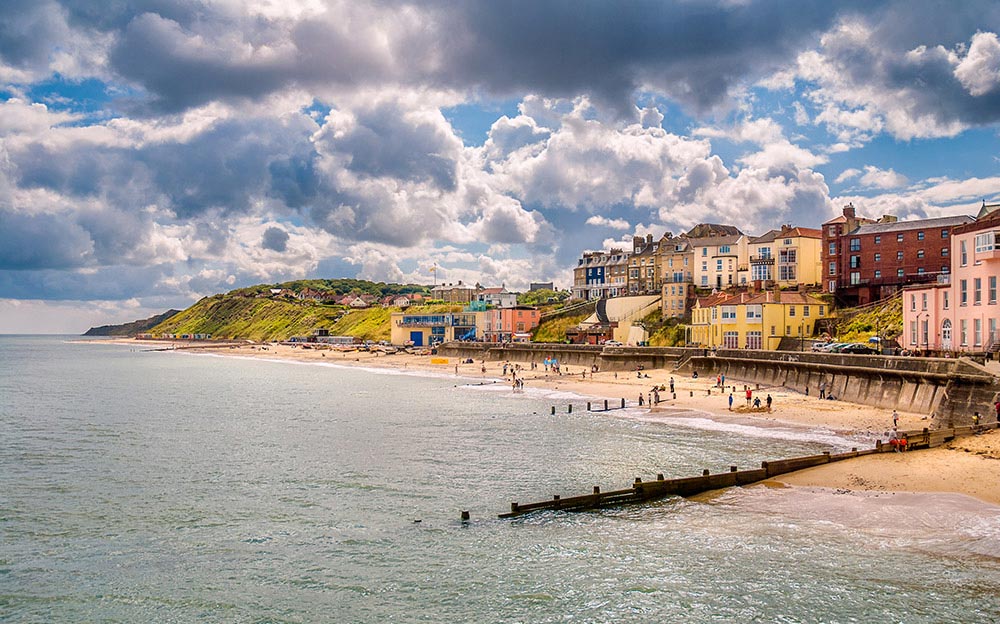 19. The Civil War was fought between 1642 and 1651. Norfolk’s forces were under the command of the Duke of Warwick. Kings Lynn declared allegiance to the King but did Norfolk as a whole fight for the Royalists or Parliamentarians? Why were Norwich citizens so unhappy about their lot during the war? (pages 236-7).

20. In which ruined church can you summon the witch of East Somerton by walking thrice around an oak tree growing in the nave? What has this oak tree to do with her? The book has an eerie picture, taken by photographer for the book, Daniel Tink (who did not hang around!) (page 122).

Note: We hope you have enjoyed these facts and queries. The book ‘Visitors’ Historic Britain: Norwich and Norfolk, Stone Age to the Great War’ by Stephen Browning and Daniel Tink comes in at 279 pages and over 100 photographs, mostly taken especially for the book. It is available direct from the publisher www.pen-and-sword.co.uk , at book shops, including Jarrolds and Waterstones, and online at £14.99 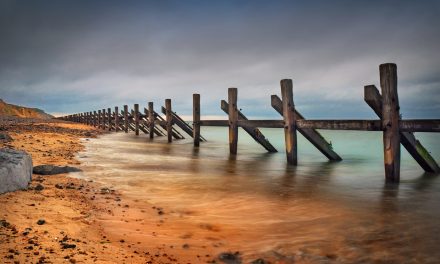 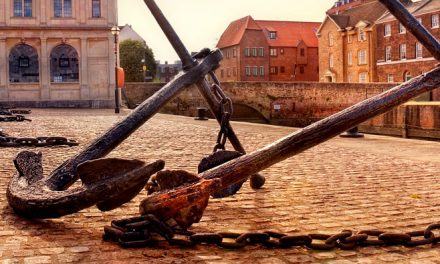