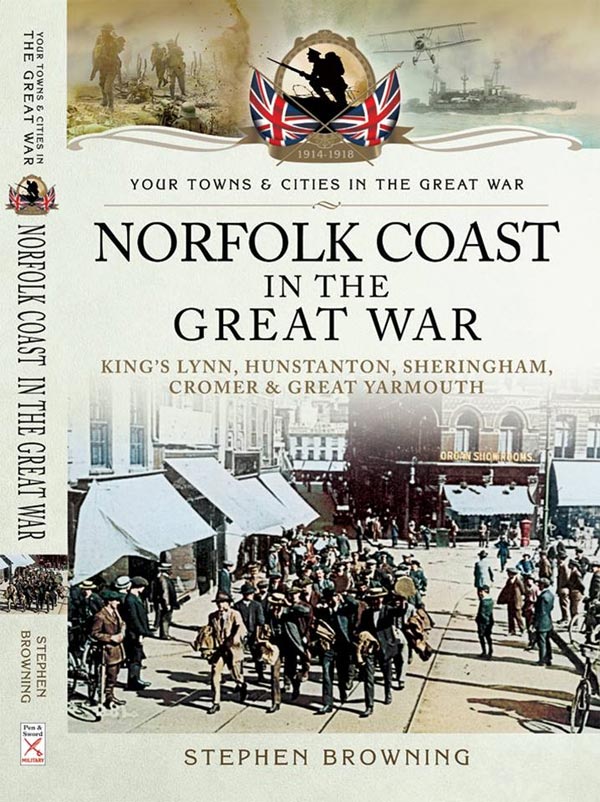 This unique study looks at the impact of the Great War on the vast and vulnerable Norfolk coastline. It is based largely on original material, much of it never before published in book form. It is accompanied by many rare and fascinating photographs that show the day-to-day life of the people who lived in the many settlements on the coast and just inland.

Whilst a guide is given for the world-wide picture of war at the beginning of each chapter, the main focus of the book is on the trials and joys, the achievements and disappointments, the humour and the sadness of every-day life in a region living on the edge of the country at the heart of the King’s vast Empire.